We live in truly amazing times. Every day I am in complete and total awe at the evolution of the human race. We have made fantastic social and technologic strides as a species and I welcome our further advancements. I do not long for simpler times. I keep my headphones on when I Uber, I prefer my phone conversation through text, and know to differentiate the frequent activity of my social media presences under a banner user name. I get the point of branding. I say this so you understand that I am by no means one of these first generation millennials that feels the need to separate themselves from that dreaded classification by openly pontificating on the failing state of society visive the internet because of a some ridiculous nostalgic memory of how cool Gen X’ers seemed to us as kids. I tell you this so you know that my gripe (and don’t worry, I’m getting to it) is coming from objective place. The grievance I’m going to speak of is the use of the C word. 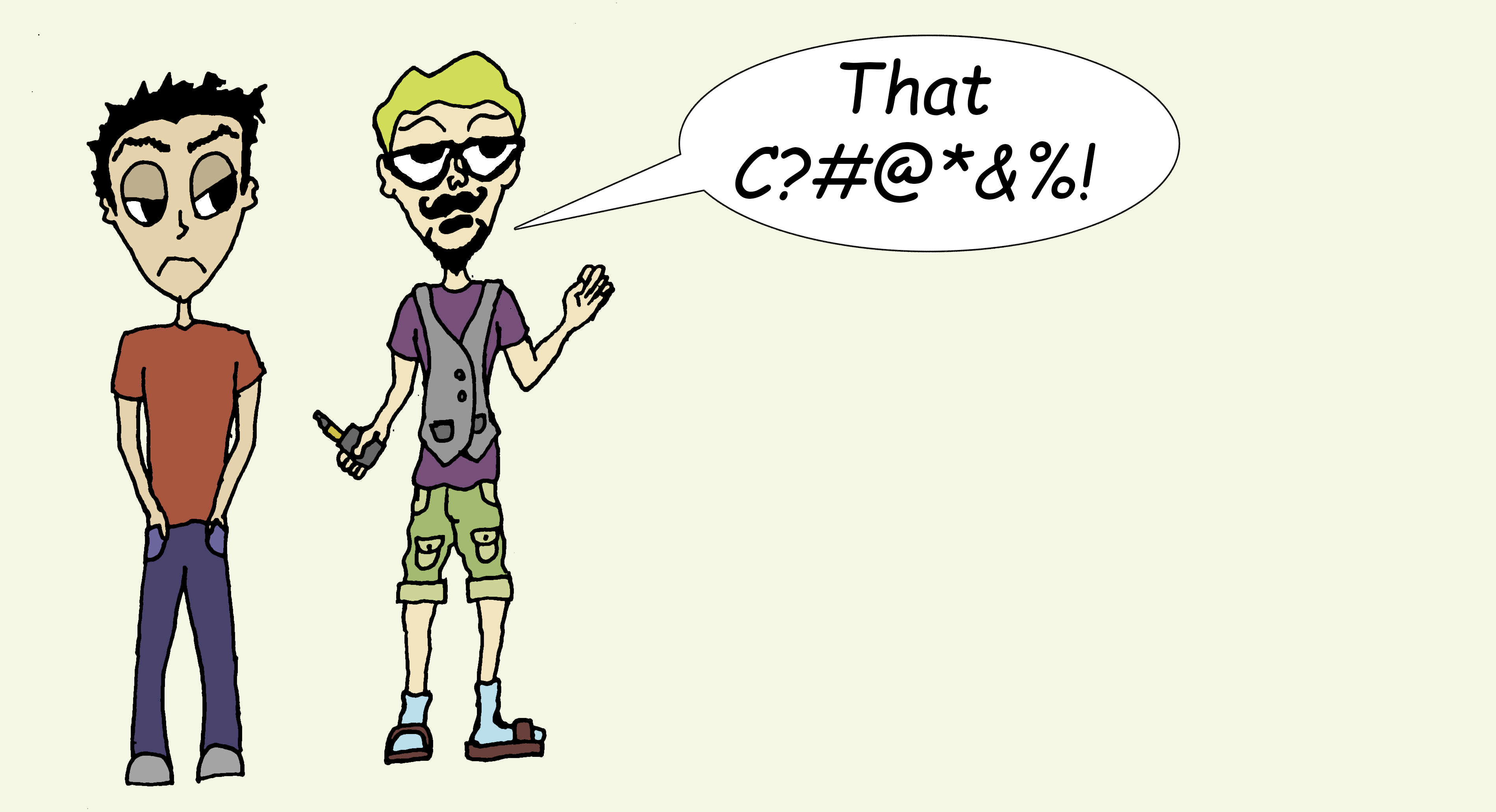 Content. Now I know that to you that word just slides out of your mouth like cum dribbling out of a first time blow job giver that doesn’t know that it’s rude to not swallow. To me the mere idea of the word makes me feel as gross as the second half of that last sentence made YOU feel when you read it. Seriously, it makes my skin crawl, but then again I’m the guy that audibly gagged in La La Land when a character said the words “They say I have a knack for world building”. Don’t believe me? Tweet @MyXXfly because she was next to me in the theater and couldn’t help but laugh at my involuntary display of disgust. Look, I’m not saying all of you should have the same visceral reaction to the word Content but you should at least care. 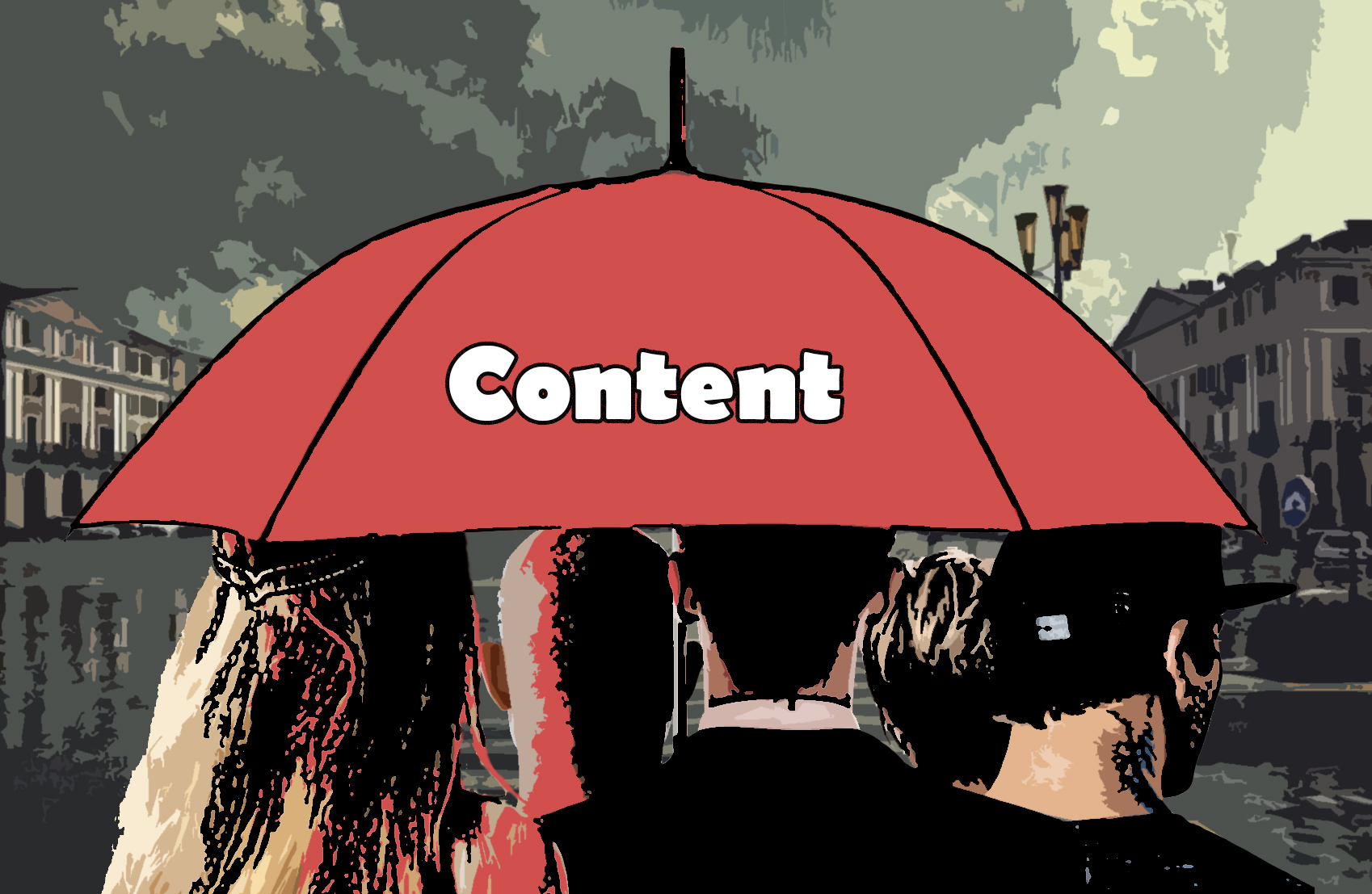 The problem with Content is that there’s no differentiating when it comes to it. It’s this umbrella label for any and EVERYTHING now. Movies and music? That’s Content. Social media posts? That’s Content too. A detailed article by a reputable news organization about a tragic world changing event…… somehow also Content. See, Content is part of the corporate lexicon. A language spoken by business men AND WOMEN whose sole purpose is to quantify objects, people, places, and things into easily predictable summations of monetary gains and that’s fine if it’s your job. Hell, someone has to make sure the lights stay on and the people get paid but now WE’RE all saying it. Listen, when you’re the head of company your brain is preconditioned to see things in dollar and cents I’ll give you a pass but you’re not. You’re an internet information junkie looking to binge watch, listen to, and read all the flashing pretty colors coming off one of your MANY screens like Neo in The Matrix and you NEED to understand that there is difference between all of it. If EVERYTHING is Content then everything is automatically given the same numerical number in the silly little value charts in your mind and NOTHING could be further from the truth. A movie is more important than a vlog. A Facebook post has WAY less value than a news article. A Buzzfeed quiz is… well, anything Buzzfeed does is essentially useless. Now I know that you’ve all been accustomed to think it’s all the same thing so I’ve worked up this nifty little pie chart to help you gauge the pecking order on the totem pole of importance as it were. 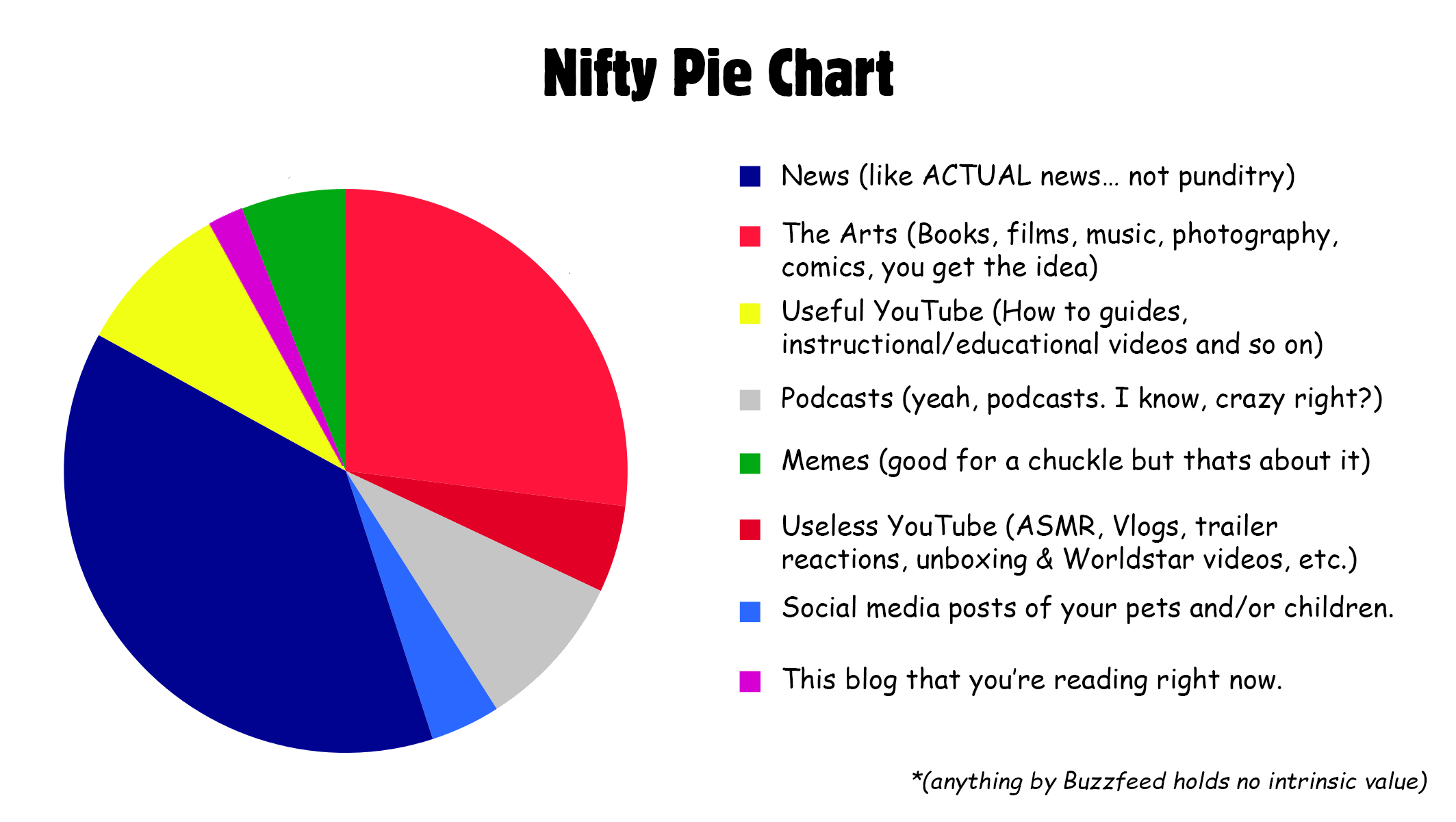 Lumping us all together by content is diminishing ALL our value. Someone went to school for six years to be journalist and now he’s on the same level as a blogger. Another guy spent all his life learning the intricacies of music and he’s lumped in by a guy on YouTube with a ukulele that only does covers of Duran Duran songs, it’s fucked in the head! But you know what’s even more fucked? This normalization of the word Content is bleeding into the people ACTUALLY MAKING it. Shit, if you thought I was being hard on you poor bastards just wait till I draw my attention to this piss poor excuse of journalists and artists, AND YES I SAID ARTISTS, that’s what you are. You’re artists, not CREATIVES which is another C word that’s pissing me off while we’re at it. Have we become so complacent with the social standing of the arts and journalism that we’re adopting corporate descriptors to sell something that at its core is an expression of thought and emotion? To describe OURSELVES?!? Are we so broken that we can’t muster up the nerve to call it art? And it’s not like we’re just saying it publicly to shill our work because I have been in rooms filled with nothing but people involved with the arts and they’re saying it amongst THEMSELVES. You hear that thumping? It’s the sound of Fellini and Hunter S. Thompson rolling in their graves and if I had my way I’d let their reanimated zombie bodies out to gnaw on your skulls till the creative bits are all gone because you’re embarrassing. Shame. SHAAAAAME! 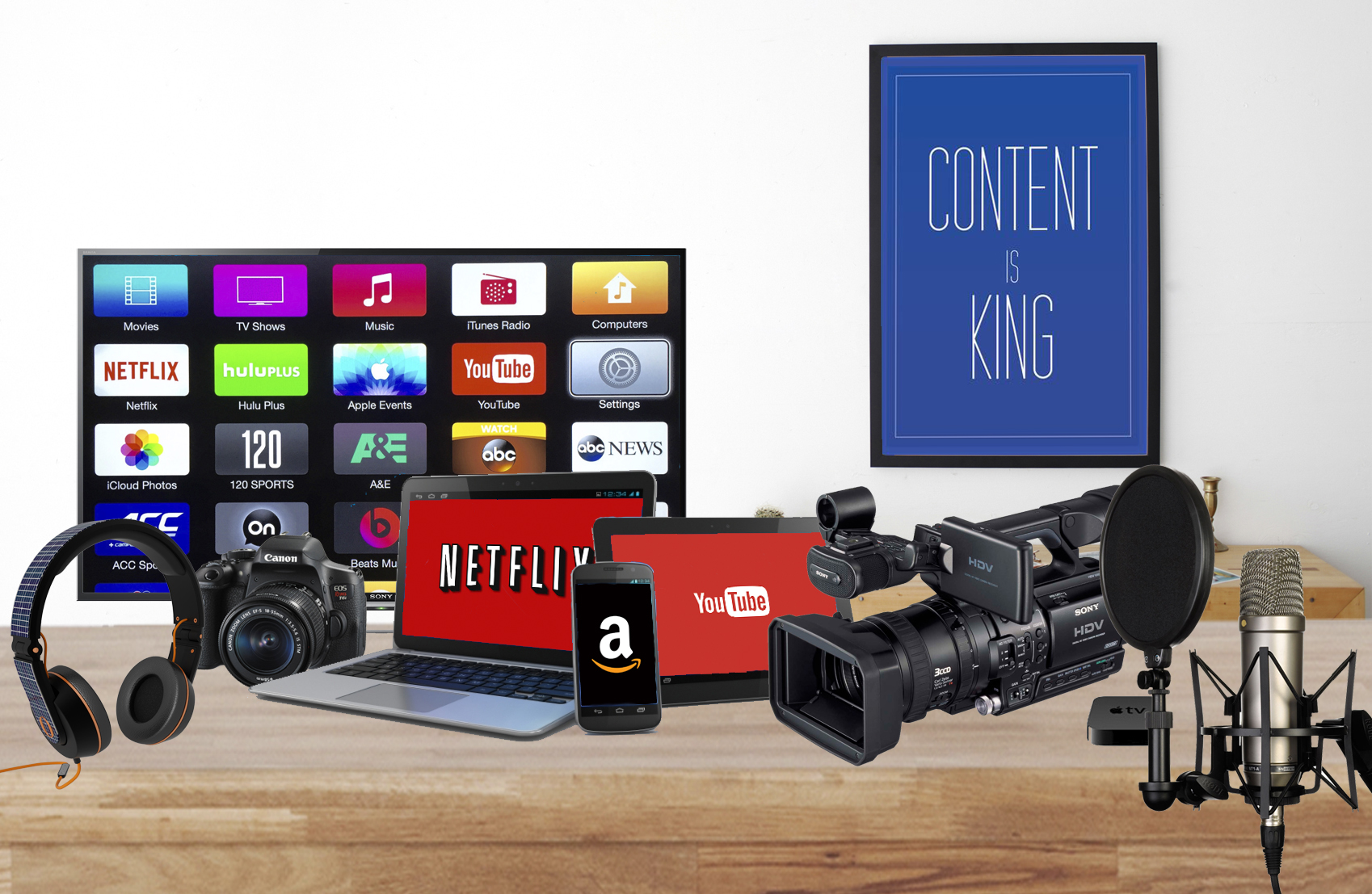 I wish I could say sorry for being so aggressive but I’m not; I’m really not. When I was growing up being a journalist was some noble shit. Being an artist was the most punk rock thing you could decide to do. We were rebels and outliers, gypsies and thieves. We were a motley crew of off-kilter counterculture lunatics saying fuck you to the establishment and now we’re just willingly handing over the keys to the nut house to the guards. We’re surrendering our way of life for the sake of views and likes. That’s just sad. And before you call me hypocrite, I’m aware you’re reading this on a site where I advertise and sell my shit, the irony isn’t lost on me but you can click on every link and look through every page and I promise you that you will NEVER read or hear me call anything I make “Content”. I’ll call it a movie, a song, a vlog, an essay, a show… I call it ART because Content is a word used by cowards and con artists and maybe that’s the REAL problem here. 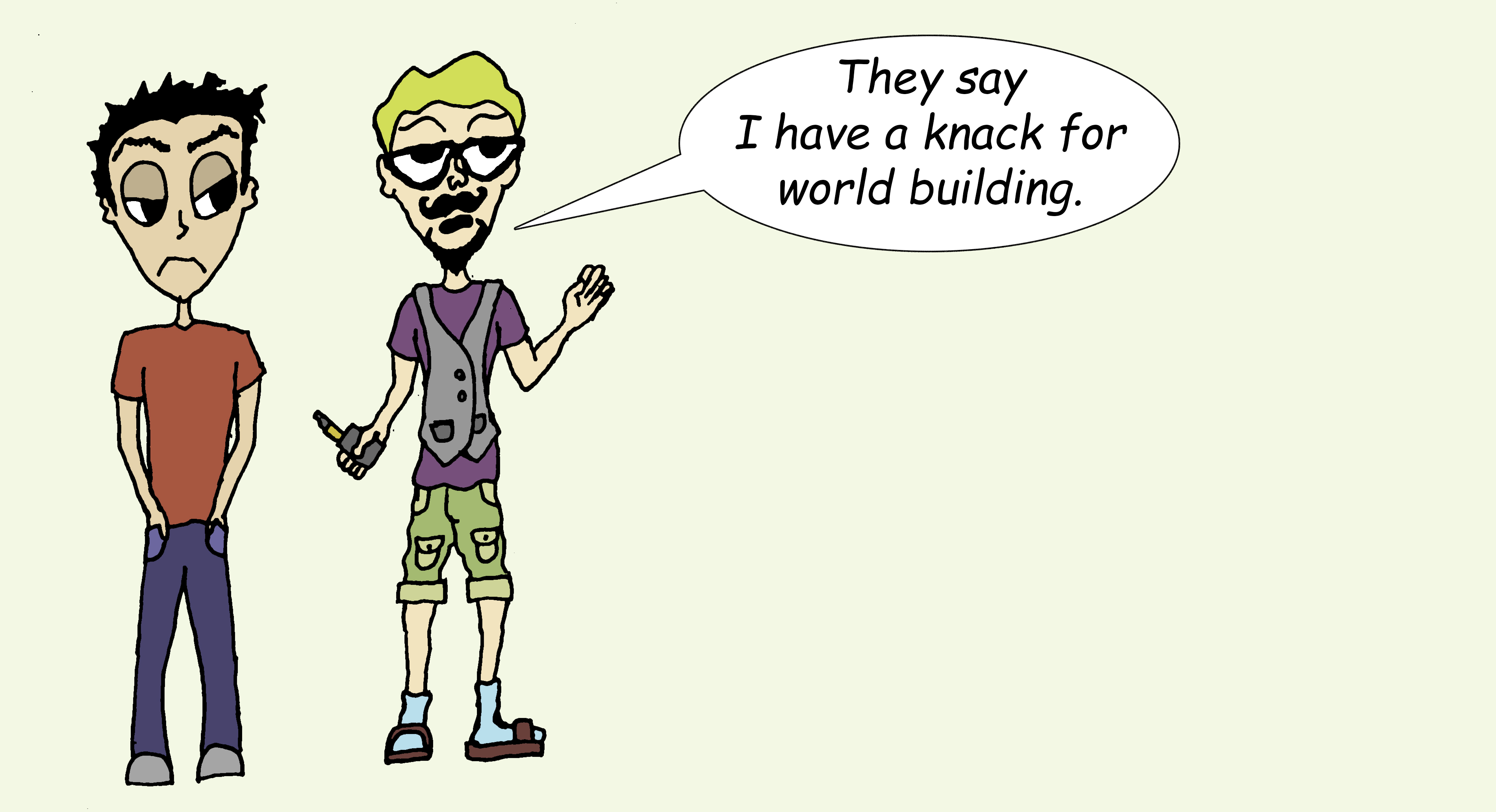 Look, you don’t have to agree with me and if you made it through this little rant of mine you deserve a fucking medal but you should at least LISTEN to what I’m saying because one day you’re gonna be at a party and you’ll hear on person ask another what they do for a living and instead hearing musician, writer, or filmmaker, you’re gonna hear that second person take a breath and say, “Content provider” and THAT is the day you’ll realize that art has died. 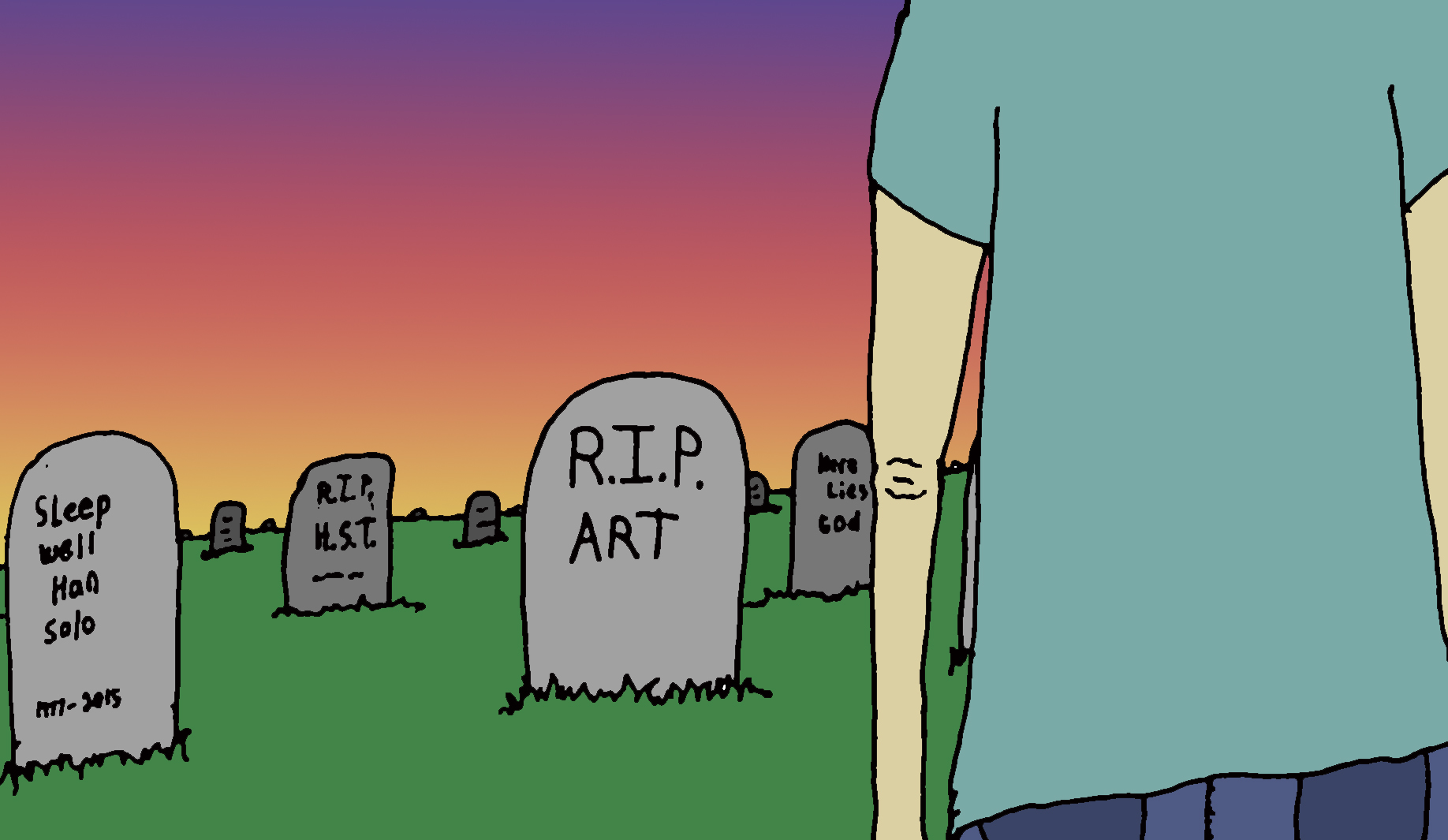 But hey, at the end of the day that’s just MY view on the matter and that’s probably not worth much anyone but what I DO know holds some serious value is that I made it through an entire rant called The C Word without ever saying Cunt.